Edinburgh Science, alongside our selected creative partners, have been selected to take part in the upcoming Festival UK* 2022 R&D Project.

30 Creative Teams, made up of organisations and individuals from across the UK within the industries of Science, Technology, Engineering, Arts and Maths (STEAM), will research and develop proposals over the coming months, that have the potential to become large-scale engagement projects. The teams selected include organisations from the public and private sector, artists, scientists, technologists, engineers and mathematicians, plus choreographers, coders, games developers, musicians, theatre-makers, writers, and many other disciplines. The UK-wide geographic spread also reflects its diversity, including disability organisations, and Black, Asian, and minority ethnic creatives.

Up to 10 Creative Teams, selected from the 30 participating in the R&D project, will be shortlisted to have their idea taken into full commission and be part of a UK-wide festival that will take place throughout 2022. 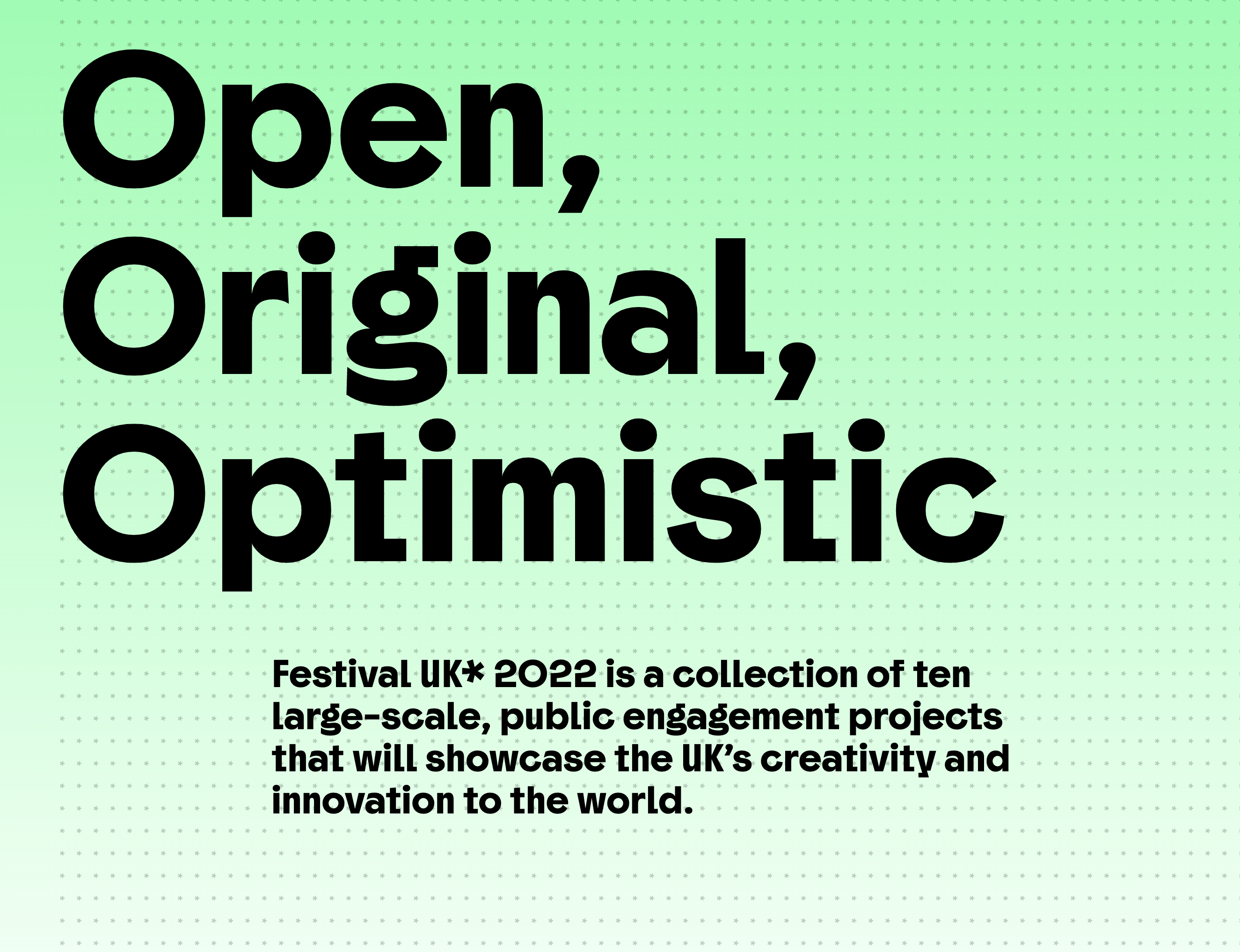 What We Have To Say

Simon Gage, Director and CEO of Edinburgh Science, said, 'It is a complete delight that Festival UK* 2022 will bring focus to science technology engineering the arts and mathematics. Edinburgh Science is so pleased to be working with such a diverse and creative group on this exciting but challenging opportunity to give Scotland a celebration in 2022 it will never forget.'

Jackie Wylie, Artistic Director at National Theatre of Scotland, 'The opportunity to collaborate across the STEAM sectors is an exciting opportunity for us at the National Theatre of Scotland, and we are thrilled to be working as part of such an extraordinary team of individuals and organisations. We are looking forward to getting started on work over the coming weeks and months.'

Fiona Hyslop, Cabinet Secretary for Economy, Fair Work and Culture, ‘Festival UK* 2022 is already showing us new and exciting opportunities for Scotland’s world-renowned Arts and Technology sectors to work together. There are two unique Creative Teams comprised entirely of Scottish-based individuals and organisations developing their proposals for delivery in Scotland during 2022, as well as a wide range of others in Scotland who will be key partners in other Creative Teams developing proposals for delivery across the UK. We can be sure that all of them are outstanding examples of Scotland’s creativity and innovation.’

Festival UK* 2022 is a major UK-wide festival of creativity and innovation, which will commission up to 10 major public engagement projects designed to reach millions, bring people together and showcase the UK’s creativity globally. It is backed by £120 million of new investment from the UK Government, including funding to the Northern Ireland, Scotland and Wales devolved administrations. The Festival will take place throughout 2022 and each project will bring new opportunities for creative people in sectors that have been significantly impacted by COVID-19. A specific focus is being placed on emerging talent and under-represented voices.

The Festival UK* 2022 R&D Project begin on 16 November 2020. 30 Creative Teams, featuring participants from across STEAM, are being supported to develop their ideas into potential commissions that will be pitched to a panel in February 2021. Ten will be selected to be taken into full production for the Festival in 2022. The Festival programme is expected to be announced with a new name in late 2021.

Four of the ten commissions will each be led by the Creative Teams from England, Northern Ireland, Scotland and Wales. There will also be six UK-wide commissions. The strategic delivery bodies for the devolved nations are Belfast City Council, EventScotland and Creative Wales. Festival 2022 Ltd. is leading on the UK-wide projects and is the strategic delivery body for England.

More information on the festival can be found at www.festival2022.uk

Keep up to date with all things Edinburgh Science